Just days after seeing highs of 33C, temperatures are expected to drop below average for the time of year as the UK returns to the on and off rain of earlier in June. Issued this afternoon, England’s Environment Agency has a warning out for the Lake District, in particular the area around Keswick Campsite, which sits on the north edge of the water.

The Government’s Flood Information Service reports: “The level of Derwentwater remains high as a result of the heavy rain that fell over the weekend.

“Consequently, there is flooding to low lying areas bordering the shores of Derwentwater and the frontage of the Keswick Camping and Caravan Club Site.

“The level of Derwentwater is slowly falling, but is still high.

“Please avoid using low lying footpaths which may be flooded. This message will be updated as the situation changes.” 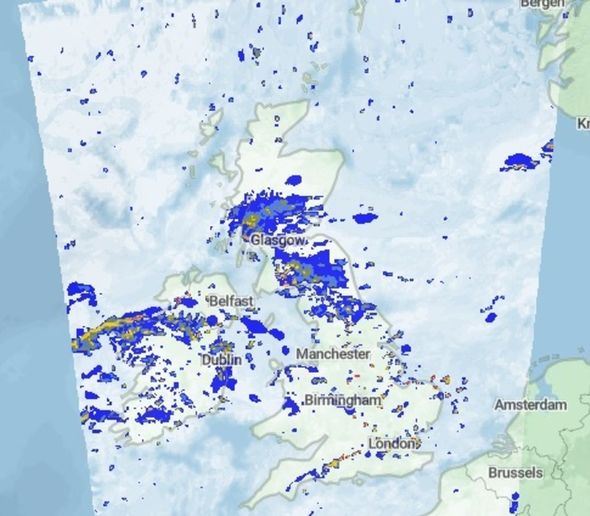 The Government has three levels of flood warning – Prepare, Act, and Survive.

This particular flood warning comes under Act – which the Environment Agency advises anyone in the area to turn off gas, electricity and water, move belongings and pets upstairs, and moving vehicles to higher ground.

Unfortunately the weekend isn’t set to bring sunnier skies, with drizzle and heavy rain forecasted in some parts.

Despite this, the Met Office has reported a low risk of flooding across England and Wales for the rest of the week and weekend. 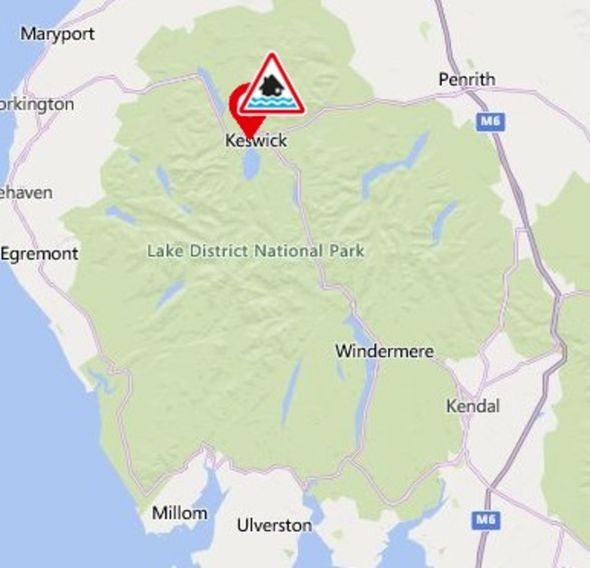 The report reads: “Local flooding from surface water is possible but not expected in parts of the south and central England on Thursday.

“Local flooding from surface water and rivers is possible in parts of Yorkshire, and possible but not expected elsewhere in parts of the north of England and Wales on Friday and Saturday.

“Properties may flood and there may be travel disruption.”

Weather over the rest of the week and weekend is expected to be bright in parts but unfortunately there will still be showers across the UK.

The Met Office reports for Thursday, July 2: “Cloudy across central parts with rain gradually dying out.

Some brighter weather will be seen in the south of England during the weekend, with a mixed bag forecast for elsewhere.

The Met Office report reads: “Dry and bright in the south Friday, cloudy elsewhere with rain, heavy in places. 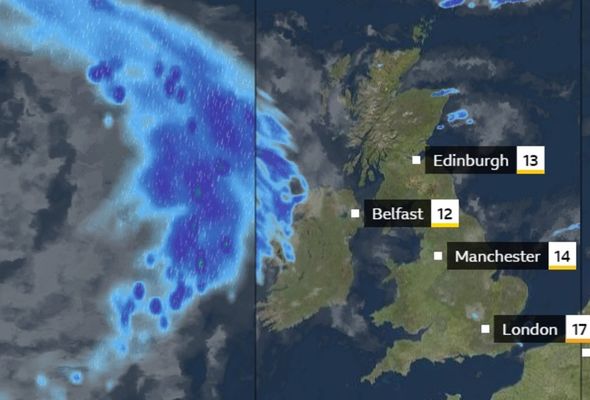 High pressure is expected to arrive on British shores next week, meaning some relief from wet a dreary days.

Temperatures are expected to remain the same with some warmer spells and clearer skies all around.

Coronavirus: The big brands that have announced job losses over the past week

EU superstate: All members should unite and form ‘one economic nation’ says expert