It comes two weeks after North Korean leader Kim Jong Un placed the city of Kaesong in lockdown over the suspected coronavirus infection.

He declared an emergency after a man who defected to South Korea in 2017 returned to the city showing suspected COVID-19 symptoms. Flooding in recent days caused by heavy rains has also raised concerns about food supplies and damaged crops in the isolated and secretive state.

“Hundreds of homes have been damaged and large areas of rice fields have been submerged due to heavy rain and some flash flooding,” said Antony Balmain, a spokesman for the International Federation of Red Cross and Red Crescent Societies (IFRC).

North Korea’s national Red Cross Society is the only organisation with access to all nine provinces, and more than 43,000 volunteers have been working alongside health teams on COVID-19 prevention efforts as well as helping flood-related work, Mr Balmain said.

Around 2,100 families most at risk in Kaesong have been provided with items including tarpaulins, kitchen sets, quilts, hygiene kits and water containers. 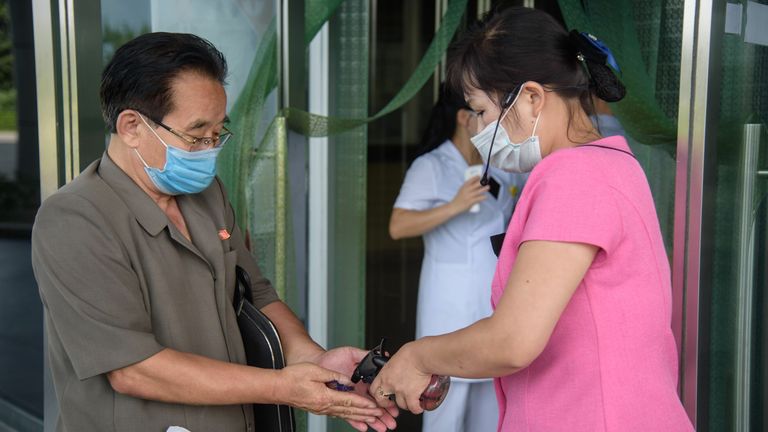 “Families are being supported with psychological first aid and awareness activities to maintain hygiene and stay healthy,” Mr Balmain added.

Grain supplies from the capital Pyongyang have also arrived in a flood-hit part of North Hwanghae province, on the border with South Korea, which the North Korean leader visited last week, according to state media.

Last month the North Korean Red Cross received kits designed to run up to 10,000 coronavirus tests, as well as infrared thermometers and a range of PPE equipment.

North Korea – which has described its anti-virus efforts as a “matter of national existence” – has repeatedly said it has no virus cases on its territory, a claim that has been questioned by foreign experts.

Halloween tips for a safe holiday amid COVID-19 nightmare