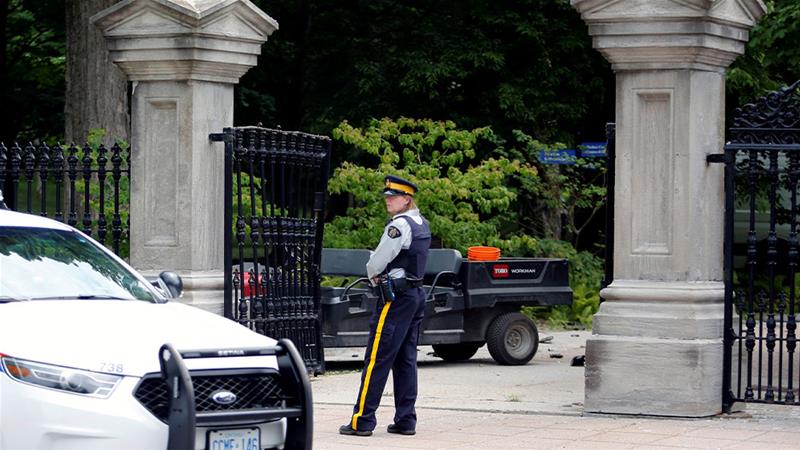 Charges filed against Corey Hurren, the Canadian man arrested after a crashing a pick-up truck through the gates of Rideau Hall in Ottawa, suggest Hurren may have intended to assassinate Canada Prime Minister Justin Trudeau.

Hurren, 46, who posted QAnon conspiracy theories on Instagram, is charged with possession of four loaded guns, including two “assault-style” weapons banned by the Canadian government.

An active member of the Canadian armed forces, Hurren was arrested July 2 after breaching the grounds of the residence where Trudeau and his family live, and was charged with 22 criminal offences. Details of the charges were released July 6, according to report in the National Post newspaper.

The charges filed in court itemised an arsenal of firearms and ammunition Hurren had with him after arriving in Ottawa from his home in northern Manitoba, according to the Post.

The charges were filed by the Royal Canadian Mounted Police’s Integrated National Security Enforcement Team, known as INSET, which is a counterterrorism unit. The RCMP said there is no evidence Hurren was part of any group of plotters, the Post reported.

Hurren had made Instagram posts about QAnon and other far-right conspiracies, according to Vice News.

QAnon is a wide-ranging conspiracy in the United States that focuses on Donald Trump’s battles with alleged deep-state enemies. 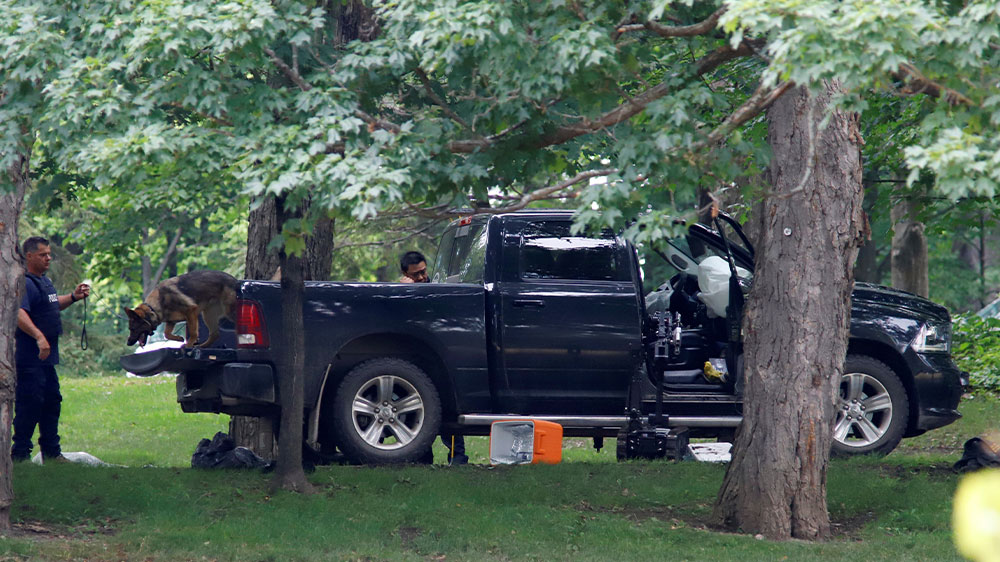 Less than an hour before Hurren drove his truck through the gates of Rideau Hall, a social media account for his business posted a meme that blames the global elite for COVID-19.

The Instagram account for Grindhouse Fine Foods, the company Hurren operates, posted a meme relating to Event 201 – a pandemic training event put on, in part, by the Bill Gates Foundation

Event 201 was an international training exercise put in October 2019 on by Johns Hopkins Center for Health Security, the Bill and Melinda Gates Foundation, and the World Economic Forum to model a pandemic outbreak. Conspiracy theorists believe it indicates that Bill Gates, alongside other elites, orchestrated the COVID-19 pandemic.

On March 27, Grindhouse Fine Foods posted a QAnon meme. It features a white rabbit (the mascot for the conspiracy) at the wheel of a car. The Instagram caption says: “Has anyone else been following ‘Q’ and the ‘White Rabbit’ down the rabbit hole and how this all relates to the coronavirus/COVID-19 situation? Lots of coincidences in all these ‘Q’ posts if this turns out to be a ‘Nothingburger’.”

The account then listed conspiracies in the hashtags linked to QAnon which include the killing of Seth Rich, adrenochrome, pizzagate, pedogate, and several related to sex offender Jeffery Epstein.

Hurren allegedly smashed into the gates of Rideau Hall, causing his car to break down. He fled on foot with a rifle in his hand but was arrested after a standoff with police. He reportedly had a note on him that he wanted to deliver to Trudeau, who was not at Rideau Hall at the time.

Hurren is being held pending a bail hearing set for July 17, according to the Reuters news service.