BBC Weather forecaster Darren Bett said southwestern and eastern and south-eastern parts of Europe will see the hottest and driest weather over the next few days. Mr Bett also said a new weather front will bring rain to parts of Scandinavia and northern Europe before moving southwards. Mr Bett said: “For many central and southern parts of Europe it is remaining dry and there is a lot of strong sunshine.

“The hottest temperatures likely to be across the southern parts of Spain.”

Temperatures in Spain over the next few days could reach highs of 38C.

These hot temperatures will continue through the weekend and into the new week for this part of Europe.

The BBC Weather forecaster explained that despite the warm sports of hot weather across the continent, there is a new wet weather front moving in. 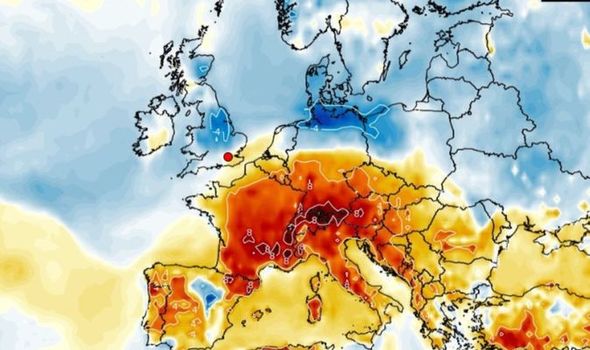 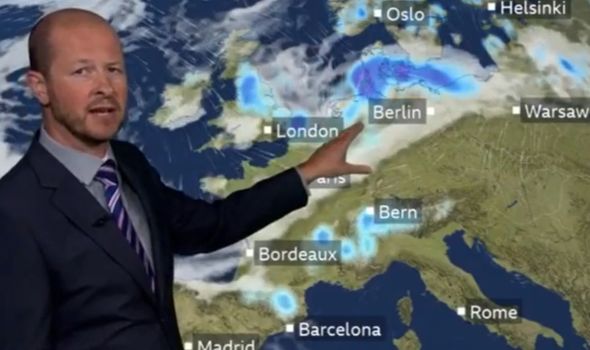 “We still have this band of cloud strung out across northern parts of Europe, bringing with it outbreaks of rain.

“To the north of this band, the air is cooler but to the south of it you can see the extent of strong sunshine and hot temperatures.

“These temperatures will be around the low 30s, not extreme heat but strong sunshine.” 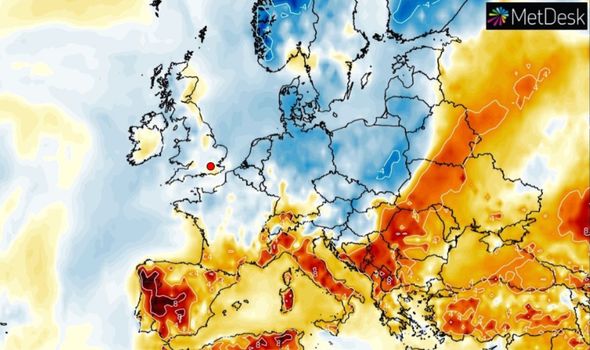 Mr Betts explained this wet weather front will continue to move southwards to the week and impact parts of central-eastern Europe.

For parts like Poland and Hungary, temperatures will remain in the low to mid-20s and could see outbreaks of rain.

“We will see the bands push down clouds and showers into France and the Alps. 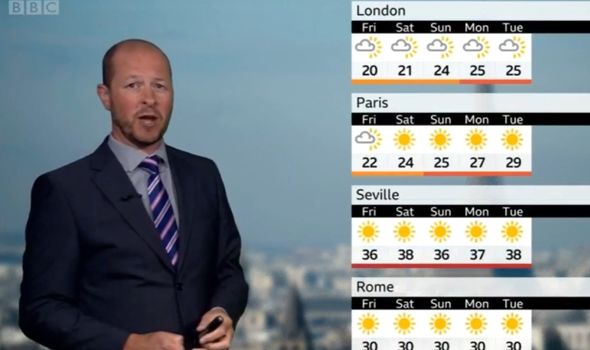 “Through the Mediterranean and the east of Europe, it will remain dry, hot and sunny.”

Towards the end of the week, London will see temperatures begin to rise to start the week in the mid-20s.

Paris will see a similar trend but by the start of the new week could see temperatures as high as 29 degrees with lots of sunshine.

Seville will remain one of the hottest places in Europe over the next few days and see consistent temperatures shy of 40C.