Immigrant advocates intensely worried about the potential for an outbreak in a camp housing an estimated 2,000 migrants. 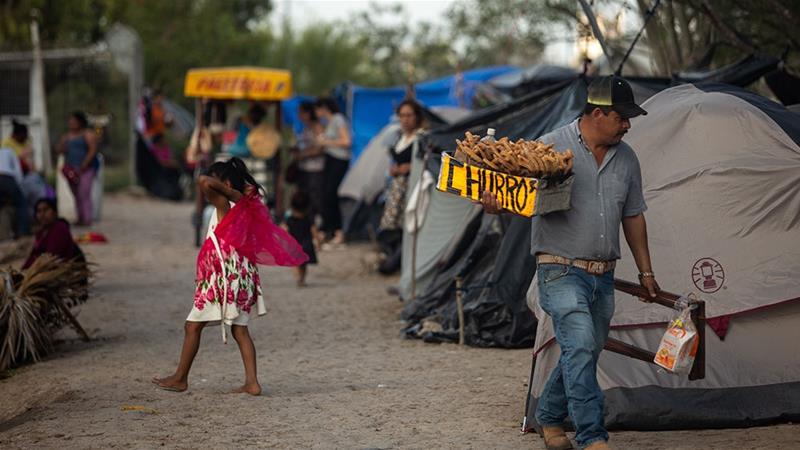 An asylum seeker has tested positive for the novel coronavirus in a sprawling encampment just steps from the US-Mexico border in Matamoros, underscoring the challenges migrants face in protecting themselves from the pandemic.

After showing symptoms of the virus last Thursday, the migrant and three family members were placed in isolation and tested, Global Response Management (GRM), a nonprofit providing medical services in the camp, said in a statement.

When results came back on Monday, the migrant who had displayed symptoms tested positive and the relatives had negative results.

To prepare for the virus, GRM sought to improve sanitation in the camp by setting up 88 “handwashing stations”, distributed multivitamins to boost migrants’ immune systems and built a 20-bed field hospital.

Luz, a 42-year-old asylum seeker from Peru who asked that her last name not be used due to safety concerns, said she has tried to isolate as much as possible, though she sometimes ventures out of her tent to seek some relief from the fierce Matamoros heat.

“I truly am not afraid, though I try to be cautious,” she said. “But you can’t stay in your tent all the time … It’s too hot.” 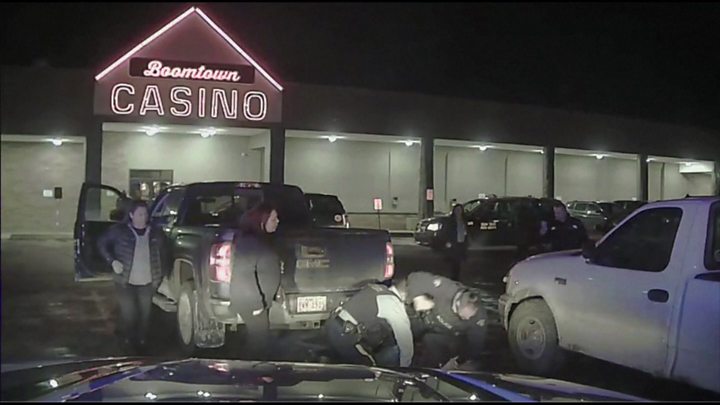 All charges have been dropped against an indigenous chief who was battered by the Royal Canadian Mounted Police.

The incident in Fort McMurray, Alberta, began over an expired registration plate. Mr Adam was charged with assaulting police and resisting arrest.

After seeing the clip, Prime Minister Justin Trudeau said he had “serious questions” about the officer’s conduct.

Mr Adam learned about the charges being dropped on Wednesday as he was due in court.

“I’m overwhelmed that the charges have been withdrawn,” Mr Adam said at a news conference. “My wife and I knew we didn’t do nothing wrong. It was just for an expired licence plate.”

Mr Adam has said he was targeted because he was indigenous, and is calling for Canadian policing reforms.

The incident, which took place last March, is being investigated by the Alberta Serious Incident Response Team, which oversees incidents involving police where someone is hurt.

The RCMP’s Alberta division has previously said they reviewed the footage and found the officer’s actions “reasonable”.

Constable Simon Seguin, the officer who arrested Mr Adam, remains on duty, and is facing charges of unlawfully entering a house, mischief and assault stemming from an unrelated incident on 5 August 2019.

On Wednesday, the division confirmed charges had been dropped.

RCMP said in a written statement: “The role of the police is to investigate and gather evidence in support of a charge and the RCMP fulfilled that role on this file.

“The Crown’s role is to assess the elements of the offence and to determine if they prosecute.”

The incident began when an RCMP officer approached Mr Adam and his wife over an expired registration plate in a car park outside a casino.

The nearly 12-minute video, recorded by a dashcam from the RCMP officer’s vehicle parked behind Mr Adam’s lorry, begins with Mr Adam having a tense and profanity-laden discussion with the officer.

“I’m tired of being harassed by the RCMP,” he says.

Mr Adam and the officer continue to have a heated argument. At about the 4:45 mark, the officer tries to arrest Mr Adam’s wife, twisting her arm behind her back until she says: “Ow!”

That is when Mr Adam gets out again, shouting: “Leave my wife alone!” He pushes the officer away. Everyone gets back in the vehicle.

Backup is called, and Mr Adam gets out of the lorry. The officer begins to arrest him, and Mr Adam says “don’t touch me”, using an expletive.

That is when a second officer runs at him full speed, knocks him down, and repeatedly punches him while shouting: “Don’t resist.”