WASHINGTON (Reuters) – The U.S. Justice Department’s internal watchdog launched probes on Thursday into the use of force by federal agents in Portland, Oregon, and Washington, D.C., during recent protests against police violence. 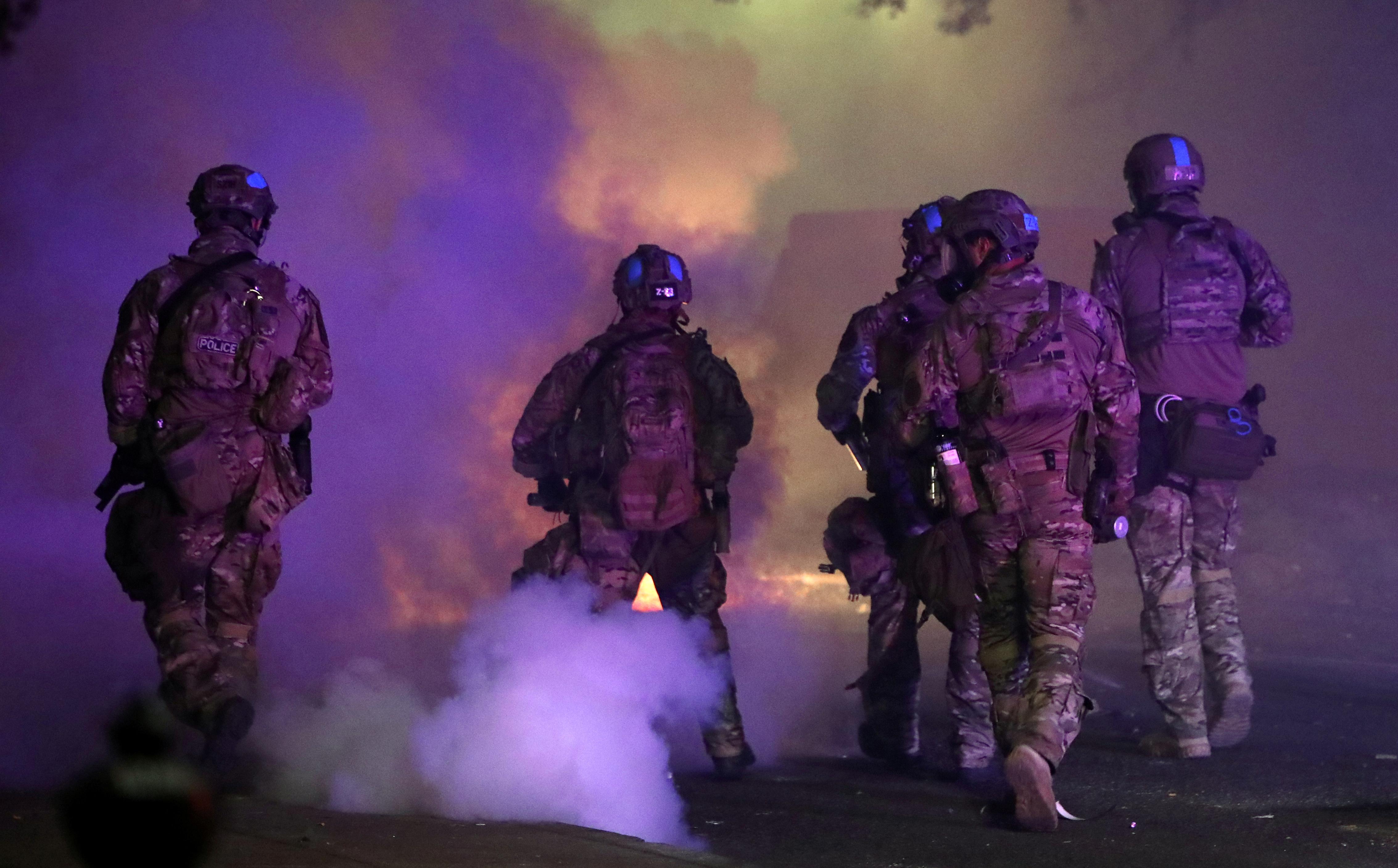 Inspector General Michael Horowitz said his office would launch an investigation into allegations that federal agents used excessive force against peaceful protesters in Portland and a separate review into actions taken against protesters both in Portland and in Lafayette Square near the White House on June 1.

The review will look specifically at whether officers involved had proper identification and if they complied with federal policies on using force in law enforcement, Horowitz said in a statement.

President Donald Trump has been stepping up the use of federal officers to respond to a wave of protests across the United States sparked by the death in May of George Floyd in police custody in Minneapolis.

Trump, who is seeking re-election in November, has targeted Democratic-run cities, provoking criticism that he is using law enforcement resources for political ends.

U.S. Customs and Border Protection, part of the Department of Homeland Security, has come under fire after videos surfaced online that appeared to show camouflaged officers in Portland carrying guns without clear insignia on their uniforms identifying them as legitimate law enforcement officers.

That came a month after police on horseback and armed soldiers used tear gas and rubber bullets to push protesters back before Trump walked from the White House across Lafayette Square to St. John’s Episcopal Church, where he held up a Bible for a photo.

A Customs spokeswoman on Thursday said the department would decline to comment on matters under investigation.

“The use of stormtroopers under the guise of law and order is a tactic that is not appropriate to our country in any way,” Pelosi said.

Wolf has previously defended Homeland Security’s actions, saying all federal agents had been making lawful arrests and properly identifying themselves as law enforcement.

“We are only targeting and arresting those who have been identified as committing crime,” Wolf told a Tuesday news conference, noting that “all officers are identified as police law enforcement officers.”

While both inquiries announced on Thursday by Horowitz involve looking at the use of force by federal law enforcement, they could lead to vastly different outcomes.

The investigation into the actions in Portland could potentially lead to a referral for criminal charges or disciplinary actions.

The reviews in both Washington and Portland are designed to assist department managers by providing recommendations to improve government operations and protocols going forward and to help learn from past mistakes.

Horowitz said he would be coordinating with the internal Homeland Security watchdog in his investigation into excessive force in Portland, a probe that was requested by the U.S. attorney for the District of Oregon in addition to House Democrats. 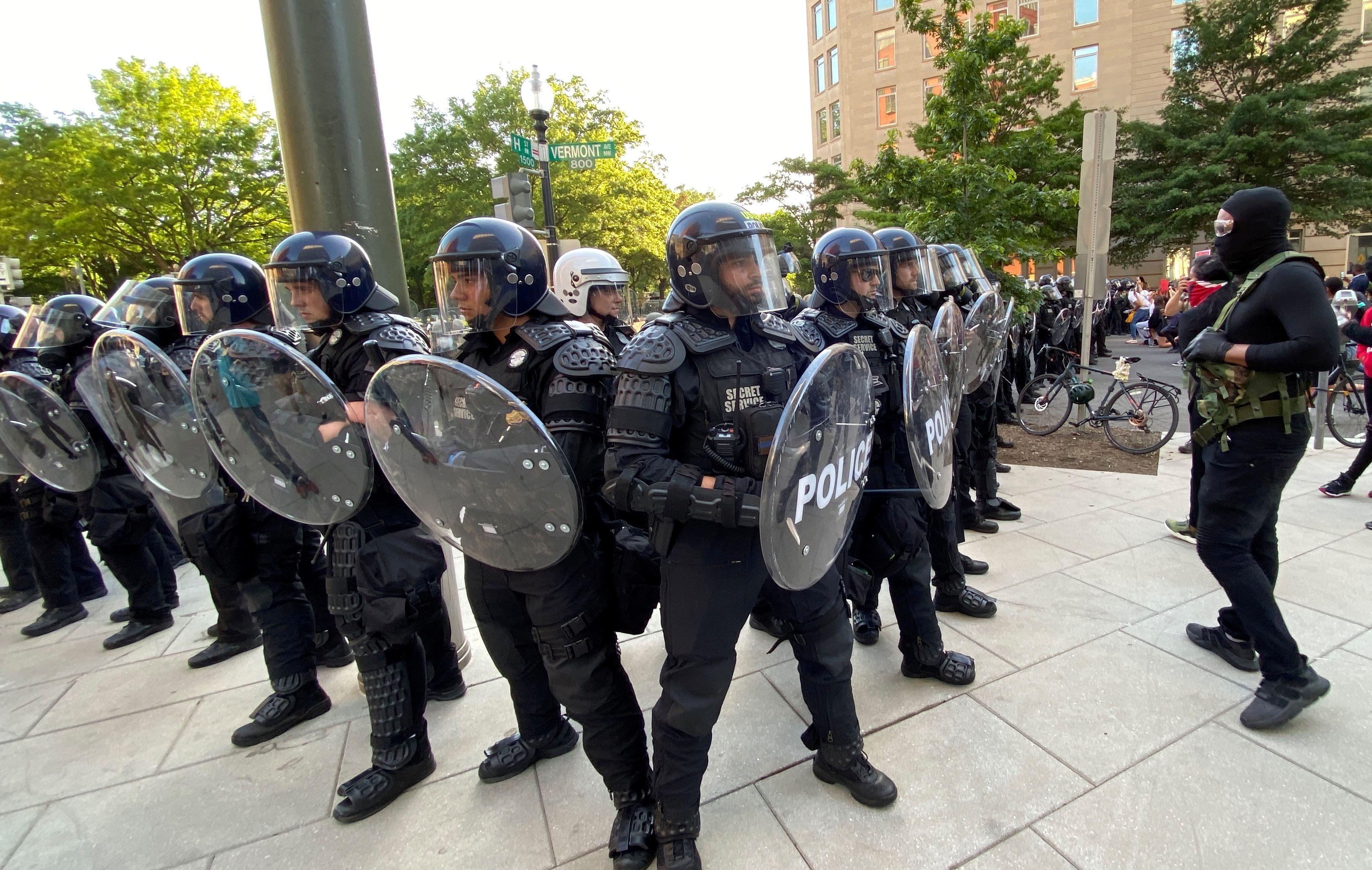 The Inspector General’s Office for the Department of the Interior will be coordinating the review into the actions in Washington.

The White House did not immediately comment on the announcement, and representatives for the Justice Department and U.S. Park Police, part of the Department of the Interior, could not be immediately reached.

‘A Failed System’: What It’s Like to Vote With a Disability During a Pandemic

UK government failed to find out whether Russia meddled in Brexit vote: report